Was this article useful?
Click the thumbs up >
SsangYong has announced plans to begin production of 20 new models by 2014, representing a €1.9bn (£1.52m) future investment for the Korean carmaker.

The models will be based on five different platforms and sold with five new engines, likely to include the carmaker’s new diesel hybrid technology, unveiled at the Geneva Motor Show last month.

SsangYong said Italian styling house Italdesign, founded by Giorgetto Giugiaro and responsible for the latest Rexton, could be involved with designing the new vehicles.

Paul Williams, managing director of UK distributor Koelliker UK said: "It’s unlikely that all 20 will be appropriate for the UK, but it will mean a wider and more attractive range with much greater choice for customers.

"There will be different body styles and engines including passenger cars that will enable us to compete strongly in new market sectors." 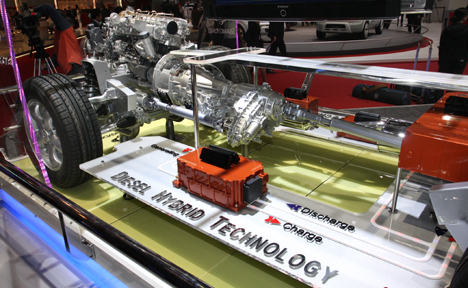 AM Poll
What is your take on the car retail sector's ongoing vehicle supply shortages? Please leave a comment
Vote
View all
3428