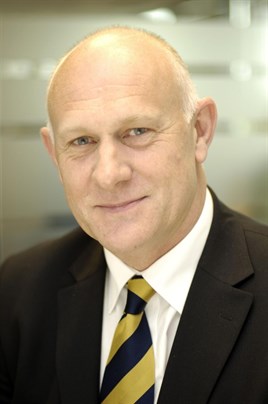 Honda (UK) has appointed Philip Crossman to the position of general manager for cars and he will take up the role on October 1.

Crossman will report in to Honda UK managing director Dave Hodgetts and he will be responsible for the brand's sales performance and its relationship with dealers.

At the same time, Janice Kennedy, Honda's head of cars sales is retiring at the end of October after six years in the post helping to steer Honda's car business through this difficult period. She is to return to the Scottish Highlands after commuting to and from London for many years.

Crossman said: "Honda (UK) and our dealers have a great future.

"The key is having a close working relationship, understanding the challenges of our dealer groups and individual businesses. With our Swindon plant back at full production and new Civic poised to hit the showrooms, the opportunity to grow our business and that of our dealers is right now."

David Cox, national dealer council chairman for Honda and managing director of Cox Motor Group, said: "There's no doubt the Honda dealer network has had a very hard year. The impact of the Japanese tsunami has of course been felt pretty heavily and we have had a low point in the product cycle. The Civic, for example, was originally planned to have been replaced 12 months ago.

"However, it's important to look to Honda UK's past in order to understand its future; the facts are that the franchise has been extremely profitable over the last 10 years and the partnership between Honda and the network has been a very strong one. Customers are hugely loyal to the brand and to the dealer network."

Cox said: "I have spoken to more than 30 Honda dealers in the last few days and their response to his appointment has been overwhelmingly positive, they know he has a balanced view of the network and has plenty of respect for the challenges we face.

"I'm actually really excited about the short and long-term future with Honda. The new Civic will do really well and next year will see a new CR-V launched. The Honda CR-V is already an aspirational car that performs really well in the new and usd car markets.

"The switched on dealer groups are seeing the same and they are continuing to join the franchise and for the same reasons there are established independents and groups investing further."

Crossman joined Honda in August 2000 as a regional manager and was made head of sales (cars) in February 2002 for the next four years until Oct 2006 when he took over as head of network development for Honda cars.

Following a restructure in April 2010 he took on the role of head of dealer development for cars, motorcycles, lawn and garden, energy, marine and ATV networks.

Crossman began his career at the Triumph Motor Co (soon to be British Leyland) as a commercial apprentice during which time he qualified as a chartered management accountant, working in finance before switching to sales and marketing. In 1983 he joined Peugeot, rising to national business manager. He then became one of the founding team for Nissan Motor GB when it was set up to replace Nissan UK.