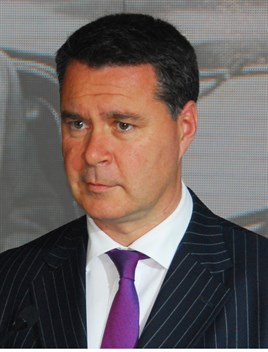 Stewart has over 22 years of experience in the automotive industry.

Having joined the Volkswagen Group in 1998, he has held several roles with both Bentley and Bugatti. These include five years as president and CEO of Bentley Motor Cars, where he was responsible for building a presence for Bentley in North America.

Returning to Europe, Stewart was appointed as sales, marketing and customer service director for Bugatti in 2005, before joining Bentley in 2010.

Simon Thomas, managing director of Volkswagen Group UK, said: “His international experience will add to the strengths of our management team. I’m sure that Alasdair is looking forward to leading ŠKODA UK as it continues to grow in the UK.”

Kevin Rose replaces Stewart at Bentley as board member for sales and marketing. Rose joins Bentley from Volkswagen Automotive in China where he held the role of executive vice president for sales at FAW-Volkswagen joint venture.

Rose was previously a managing director at Seat UK and Audi UK. He will take up his new role at Bentley on May 1.