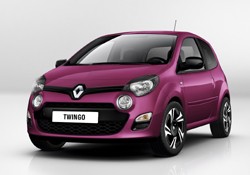 Dealer attitudes towards the value of the brands they represent have fallen slightly on average from 6.7 to 6.5 out of 10 according to the latest NFDA dealer attitude survey.

This survey is carried out on a twice-yearly basis, and examines how dealers view the major issues currently affecting them, while also evaluating how these views are changing over time.

Dealers most valued the BMW brand at 8.9, while Land Rover and Mercedes-Benz scored 8.8 and 8.3 respectively.

Other categories were rated out of five, with satisfaction with the profit return by representing a franchise falling from 3.0 to 2.7 out of five on average in the last six months.

Dealers also rated the future profitability of their business, with expectations dropping slightly from 3.2 to 3.0 out of five.

Satisfaction with manufacturer targets is fairly static at 2.9, down from 3.0 six months ago.

Current bonus and rebate rates on new car sales were rated at 3.1 out of five in comparison to 3.3 in the previous survey.