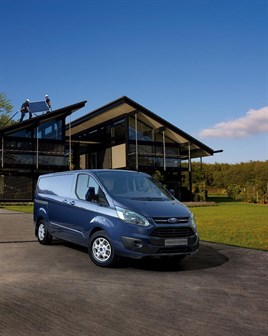 The next-generation Ford Transit will make its debut at the Birmingham CV Show next week ahead of going on sale in the UK later this year.

The new model marks a step forward in Ford’s plan to refresh its entire commercial vehicle line-up by 2014.

“This is a stylish, modern van which customers will be proud to have on their driveway, while losing none of the hard-working attitude that they expect from a Transit.”

View all the pictures of the new Transit in the AM gallery.

Ford has improved its 2.2-litre Duratorq TDCi diesel engine which is availble in 98bhp, 123bhp and 153bhp guises. Auto-Start-Stop is standard on Euro V vehicles, delivering fuel consumption of 42.8mpg and 174g/km CO2.

Ford will be presenting larger and higher payload Transits later in 2012.

These models will be extensively sold on a global basis, including North America, and will also feature rear-wheel-drive.