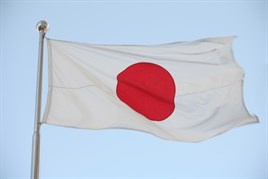 Four Japanese carmakers, Toyota, Nissan, Honda and Mazda, are recalling 3.4 million vehicles worldwide - 76,000 in the UK - as a result of an airbag problem. Cars between nine and 13 years old are involved.

Toyota is recalling 1.73m vehicles globally, including 580,000 vehicles in North America and 490,000 vehicles in Europe because some airbags at the front seat next to the driver may not inflate when necessary.

Toyota will exchange the faulty inflator with new ones, a fix that is expected to take about an hour to two-and-a-half hours for most models.

This only affects the first generation Mazda6 manufactured - 1,913 vehicles in the UK.

As these cars are now 10 years old they are unlikely to be with the original owner so Mazda UK is working with the DVLA and our dealer partners to inform the customers who are currently driving these cars to contact their nearest Mazda dealer to have the airbag inflator replaced.

The work takes about 30 minutes and will be done free of charge.