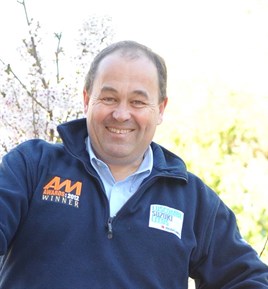 Luscombe Motors has made its first acquisition since launching the business in 2010 following the purchase of Robert Bowett Motoring in Leeds for an undisclosed sum.

The acquisition includes the Mitsubishi franchise for Leeds, a used car pitch and a Suzuki freehold site.

Owner and managing director Robin Luscombe (pictured) initially purchased the Suzuki franchise from Robert Bowett in 2010 which formed the creation of Luscombe Motors and this latest acquisition sees him acquire the remainder of the business. Bowett has retired from the industry.

Luscombe said: “Since the acquisition of Suzuki back in 2010 we have achieved some incredible results and I am looking forward to the challenge of growing the business further and bringing the Mitsubishi franchise into our portfolio.”

Luscombe recently won the Most Improved Business category at the AM Awards 2013 and in 2012.

ASE’s Dealermatch service, David Kendrick head of corporate finance, brokered the deal, managing the transaction process, assisting with the introduction of buyer and seller for both the first transaction in 2010 and this one and managed the sale process through to completion.