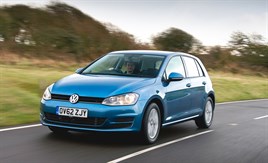 The European new car market showed signs of recovery in July with volumes up 4.9% despite drops year-to-date from most of the top five markets.

According to the latest new car sales analysis from JATO Dynamics, 48,202 more new cars were sold in July 2013 compared to July 2012. Overall, the market remains behind 2012 performance, down by 5.2% year-to-date.

Out of the ‘Big Five' markets, Italy was the only country to experience a decrease in sales in July, with a drop of 1.8%.

While the other ‘Big Five' markets were up for the month, the UK was the only market to post an increase for year-to-date figures; 124,287 more new cars have been sold in the UK than during the same period in 2012, representing a 10.3% increase.

France, Germany and Italy, however, all remain down by a considerable amount on 2012.

Following last month, Ireland's first ever mid-year number plate change has had the expected result, with sales increasing 163.2% over July 2012.

Volkswagen led the top 10 manufacturers table this month, despite recording the largest fall in sales in the top 10 for 2013 year-to-date. Volkswagen sales are down 6.9% (69,872 units) so far this year compared to the same period in 2012.

Volkswagen led the top 10 European models for July with the Golf and Polo taking first and second place. That said, the Polo has seen a fall in sales this year, reporting an 11.3% drop over the same period last year. So far this year 21,115 fewer Volkswagen Polo's have been sold compared to 2012.

BMW are enjoying success with the latest generation 3-Series, selling 48.0% more units in July 2013 compared to July 2012. The boost in July sales helped year-to-date figures record a 17.1% increase over 2012.

Vice President of Research at JATO Dynamics, Gareth Hession, commented: "This month has shown a real mix of fortunes. Volkswagen led both manufacturer and model tables this month but has seen an overall fall in sales. Four of the ‘Big Five' countries have increased sales figures for July but only Great Britain has increased year-to-date. The positive signs are promising to see, but many markets and manufacturers remain down year-to-date as a whole."