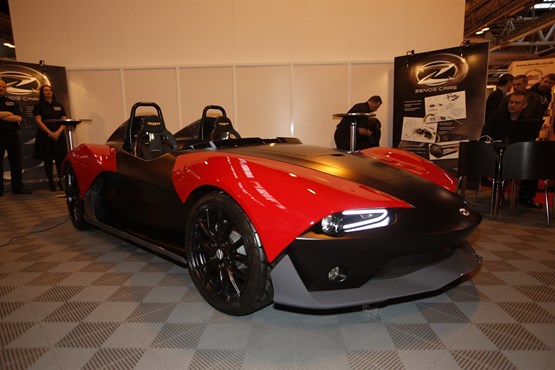 The lightweight E10 sports car is a track-focused yet road legal open-top, two-seater which is powered by a 200bhp engine, weighs 650kg and covers 0-60mph in under five seconds, the company said.

With a unique aluminium extrusion ‘backbone’ chassis architecture, the E10 will be available from just £24,995 and targets driving enthusiasts.

“It’s been a huge day for Zenos Cars,” co-founder Ali said. “As a major event for the UK sports car industry, Autosport International is a great place to make the E10’s presence known. We’re really glad to be here, and hopefully by the end of the four days more people will be familiar with the Zenos brand.

“In designing the car, it was a fine balance; we wanted it to look aggressive without having an outrageous attitude. We’d already communicated the engineering of the car, so people knew what underpins it, but the reaction to the design and the pricepoint from the press, industry and potential customers has been really positive.”