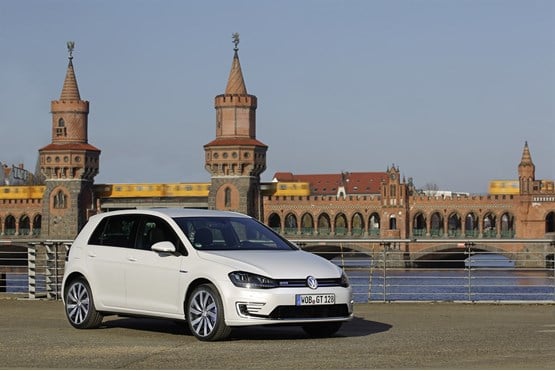 Visitors to the Gadget Show Live at the NEC in Birmingham next week will be the first in the UK to see the new Volkswagen Golf GTE plug-in hybrid, which mixes the dynamics of a GTI with the emissions and economy of an electric car.

Also on display on the Volkswagen stand at the show, which covers the very best in tech from over 200 exhibitors, will be the record-breaking 313 mpg XL1 super-efficient vehicle and the fully electric E-Up.

Show-goers will have the opportunity to get behind the wheel of the e-up!, which is available for short, accompanied test-drives.

The Golf GTE, which made its world debut just last month at the Geneva Motor Show, combines petrol and electric motors to produce 204 PS and giving a theoretical range of 580 miles.

It is driven by two engines: a 1.4-litre 150 PS TSI direct-injection petrol engine and a 102 PS electric motor. Using both engines, the Golf GTE can sprint from zero to 62 mph in 7.6 seconds and on to 138mph.

In pure electric mode (activated at the press of a button), the Golf GTE can travel up to 31 miles.

Electric power can also be saved – for example when driving to a zero-emissions zone. In electric mode, the GTE is capable of speeds of 81 mph.