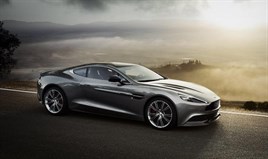 McMahon will run the £20 million turnover business with his son Chris. They have said they are looking to consolidate after the acquisition and look to increase turnover to £30m in the medium turn.

A spokesman for Rolls-Royce said: "Hugh has a fantastic pedigree in the luxury sector and is very attuned to the needs of entrepreneurs typically looking to buy a Rolls-Royce."

McMahon sold the Lomond Audi business in July 2012 to Lookers for an undisclosed sum. It included four Audi dealerships in Scotland, including Glasgow, Edinburgh, Stirling and Ayr, as well as the distribution of trade parts for the VW Group in Glasgow and Edinburgh.