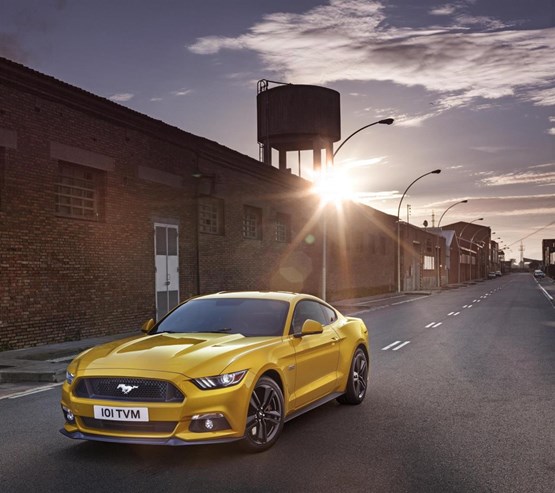 In the first month the new Mustang has been available to order Ford websites have attracted more than 1.1 million visits from people wanting to design, specify and price nearly 500,000 models.

During the first week, more Mustang models were specified online than any other Ford vehicle.

Data for that period indicated that the new Mustang equipped with the 314PS 2.3-litre EcoBoost engine accounted for half of all configurations. The other half were specified with the 418PS 5.0-litre V8 engine.

“The rush to configure Mustang online represents 50 years' of pent up demand across Europe,” said Roelant de Waard, vice president, marketing, sales and service, Ford of Europe. “For some people, the new Mustang is the car they have waited for their whole lives.”

Confirming European tastes for sports cars with accessible performance, the most popular specification overall was the EcoBoost-equipped model with six-speed manual transmission, chosen for 37% of models configured. Manual transmissions overall accounted for two-thirds of models specified.

Of the five largest European sales markets – UK, France, Germany, Italy and Spain – the 5.0-litre V8 engine was most popular in the UK (54%).

The top colours were 'race red' and 'deep impact blue', each accounting for 20% in the UK.

The Ford Mustang is exclusively available to order in Europe at new FordStore locations.

First shipments are headed for Asia, with vehicles arriving in continental Europe mid-year and in the UK with right-hand drive in the second half of the year.

Ford made the first 500 Ford Mustangs for Europe available to reserve during the 2014 UEFA Champions League Final. More than 9,300 people registered online for a chance to reserve one of the models during the match, the first 500 registrations placed in just 30 seconds.