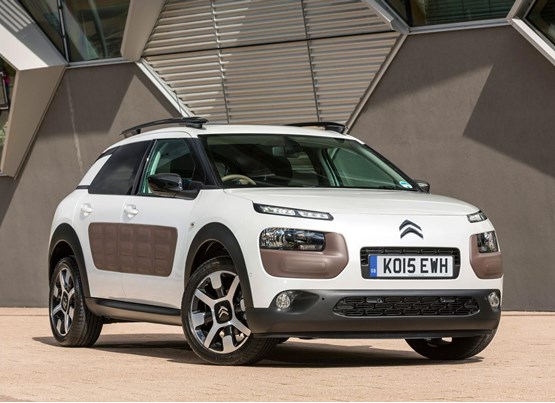 Director of fleet and used vehicles for PSA UK Martin Gurney said: “In 2014 Citroën introduced both the new Grand C4 Picasso and the C4 Cactus, which were designed to appeal to both business and private buyers.  Thus, it is very satisfying that Fleet News has recognised the considerable financial, operational and environmental benefits that these recently launched Citroën models bring to the UK fleet sector.”

The C4 Cactus won Best Compact SUV for its driveline and platform technology, light-weight and low cost of operation, as well as a high level of customisation for driver appeal and unique Airbump technology.

With a choice of advanced three-cylinder PureTech petrol engines and BlueHDi diesels, the C4 Cactus delivers combined fuel economy of up to 91.1mpg and CO2 emissions as low as 82g/km.

The Grand C4 Picasso stood out from its competition to take the Best Seven-Seat People Carrier Award thanks to its light weight, roomy and versatile interior and efficient driveline technology. Combined fuel economy of up to 74.3mpg and CO2 emissions as low as 98g/km contribute to low life costs and a low BIK.