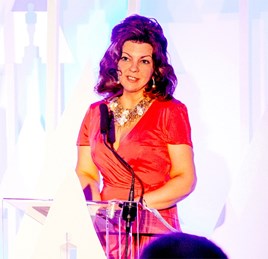 Lookers' group marketing director Heike O’Leary has been shortlisted for an award celebrating women in industry.

O’Leary has been nominated for the 'corporate leader' title in the Forward Ladies National Awards 2017, sponsored by HSBC.

She has been in her role at Lookers since 2015 and has “made significant impact on marketing strategies across the group. With a wealth of international marketing and branding experience, having previously worked for leading retail brands including adidas, Callaway Golf and Bally, Heike has a proven track record of achieving real results, locally and internationally”.

As many as 67 entrepreneurial female business leaders were  nominated across 12 categories in the regional finals, with the winners to be put forward for the national final in December.

Nominations were made by contemporaries across a number of professions, as well as business partners and suppliers.

Forward Ladies is one of the UK’s largest support network for women in business and empowers women through networking, guidance, support and the opportunity to share their success stories.

The nomination further recognises work by Lookers to increase gender diversity among its workforce, with the retailer committed to the UK Automotive 30% Club, an initiative which aims to achieve a minimum of 30% of women in management positions by 2030.

O’Leary said: “Forward Ladies is a strong network of talented and inspiring women who do a fantastic job of furthering the achievements and successes of businesswomen across the country.

“Our marketing team have worked hard to create valuable and successful marketing campaigns that appeal to our target customers. It is great to be recognised for this, particularly in such a male dominated industry.”