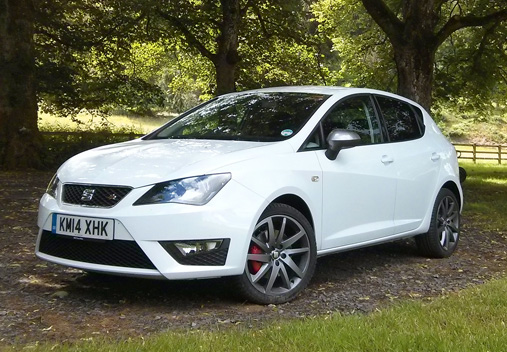 Seat has suffered from some negative headlines recently. Firstly, it came last for the second year running in the Auto Express Driver Power survey, in which the brand’s dealers were trusted the least among more than 50,000 consumers taking part.

Then, dealers themselves voted Seat as one of the five least valued franchises in the National Franchised Dealers Association Dealer Attitude Survey, scoring Seat 5.2 out of 10. The manufacturer scored 5.7 in the same survey six months ago.

This is surprising looking at the cornerstones of the model line-up. I reviewed the Leon long-termer we had earlier this year, concluding it was the best lower-medium car on the market; a dealer said it was a breath of fresh air for the brand. Our long-term Ibiza is equally impressive.

But models alone don’t make a brand. You need the right people, with the right attitude. So, with both sides of the table or counter reportedly unhappy, what is it like being a Seat customer? I’m finding out now in unfortunate circumstances.

My neighbour reversed his Audi Q7 into the Ibiza, crinkling the front wheel arch panel, but doing no damage to the alloy. I’ve taken it to our nearest approved repairer, Stoneacre in Peterborough. The assessor judged it needed a replacement panel rather than a repair. Less than an hour after the appointment, I’d received a quote on the visual inspection: £655 including VAT. The right front wing would cost £118 and Stoneacre asked for the money upfront. Then the call came to book the work in.

The first date offered was not acceptable to me as a courtesy car was not available – and I needed to get to our AM Digital Dealer Conference the following day. An alternative date a week later has been chosen.

A courtesy car will be available this time, “but it won’t be a Seat” I was told. So, but for this point – not much good for promoting interest in the brand (maybe a Leon to tempt me to upsize?) – and the lack of a courtesy car on the first date offered, all has gone very well. Stoneacre has lived up to my expectations as a dealer and the representative of Seat. I’ll provide an update on repair progress next month.