Was this article useful?
Click the thumbs up >
This year is the 60th anniversary of the first production Land Rover and the iconic British brand continues to go from strength-to-strength.

Now under the stewardship of the giant Tata Corporation of India, Land Rover continues to post increased production figures year-on-year and the current ‘green’ agenda has set the company tough targets to continue this growth.

It is estimated that some 70% of all Land Rovers ever produced are still on the road today (a figure that even Rolls-Royce cannot equal) and most of the other 30% have provided parts to keep them there.

If a cradle-to-grave view is taken, the Land Rover must surely be the greenest manufacturer of all and a dedicated aftermarket has grown around the marque with no less than four monthly magazines feeding the enthusiasts’ thirst for knowledge as well as parts and accessories. 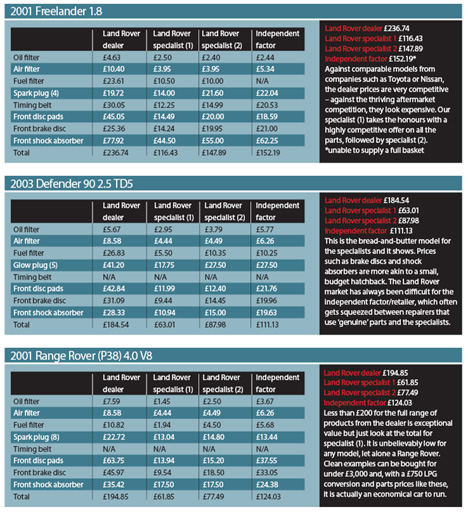