This was due, it said, to more older stock and a decrease in newer, higher value vehicles. The volume of three to 10 year old cars was up 8% to 67%, while the volume of cars less than three years old was down 10% to 23%. 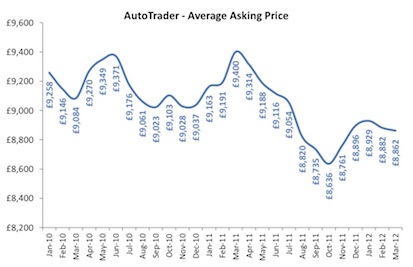 The data reflects SMMT figures showing that, at the end of 2011, the volume of vehicles less than three years old was at its lowest since 1996.