The average UK motor dealership produced a loss of just over £11,100 for the month of February, according to the latest dealer profitability figures from ASE.

This came in spite of a slight increase in the volume of new and used vehicles sold in the month compared to the prior year.

Mike Jones, ASE chairman, said: “This result produced a slight fallback in the rolling 12 month return on sales figure to 1.46% from 1.49% at the end of January, however vehicle sales performance against target for the quarter to March will clearly be pivotal in determining dealer profitability.

“Once the accounts for the quarter are finalised we will see the extent to which dealers have taken volume bonuses into January and February. In addition we will also get an idea whether all of the registrations currently taking place are feeding through to sales, and whether the volume bonuses are large enough to make those sales profitable.”

Jones said dealers took steps in February to cleanse their used car stocks in advance of March part exchanges, with the average site reducing the number of used cars in stock by 13% during the month.

He said: “These cars were retailed profitably with an average gross profit of over 11%, however the average stand in value remains high at over £9,100.

“This compares to £8,800 at the end of February 2013 indicating the strength of the used car market and a slight decrease in the age of used cars in the average dealers’ stock.” 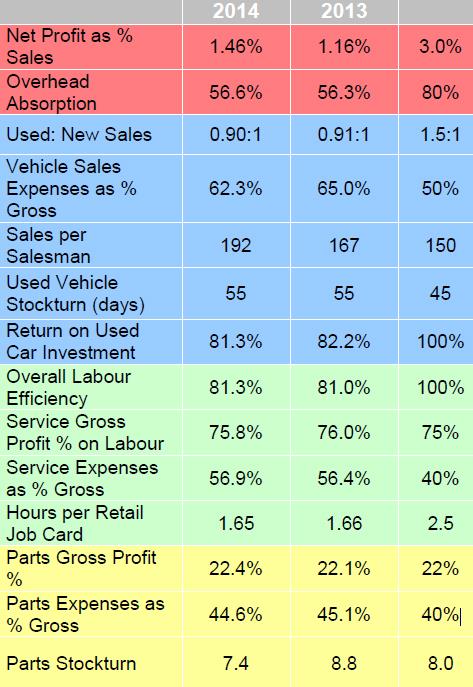