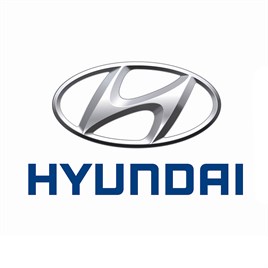 Hyundai is expecting to strengthen its appeal to company car users during 2015 with an unprecedented schedule of new model launches.

Key cars will be revamped or replaced, and new niche variants will appear after a year when the Korean manufacturer sought to enhance the quality and consistency of its fleet operations in Europe under European fleet director Adrian Porter.

In the UK, the brand will be seizing the opportunity presented by the new cars, as well as weighing up the  potential of adding a new large panel van to its range.

During a presentation in December to AM's sister title Fleet News, Porter outlined how the European fleet team has been restructured to drive future growth.

“We are better placed than ever before to tackle a sector we have not properly targeted until now,” he said. “True fleet sales increased by 18% in the last 12 months. New products are showing growth and our business partners see Hyundai differently having experienced the Genesis.

“In 2015, a new fleet training programme will be targeted to individual markets.”

January sees the launch of the new i20 five-door, joined by a new, more style-focused i20 Coupé three-door variant, later in the year. The new i20 features technology new to the small car sector and later in 2015 Hyundai will launch a new turbo-charged three-cylinder petrol engine in the i20.

A revised i30 range will be launched in March, with a  facelifted i40 around a month later, the former’s  performance credentials boosted by a new turbocharged hot-hatch variant.

But the standard diesel versions familiar to fleets will also be improved with CO2 emissions starting at 94g/km on the i30.

Both i30 and i40 models will be available with new  technology, including a seven-speed dual-clutch automatic option, offering a reduced fuel consumption penalty compared with a conventional automatic.

Tony Whitehorn, president and chief executive of Hyundai UK, said: “The i40 gave us the opportunity to go to businesses and give them a one-stop-shop for cars. The breadth of range it gives us is crucial. “The changes for 2015 are subtle and help give the car a more premium look and feel.

“The i20 is an important car for public sector fleets, and it means in 2015 we will be renewing our core fleet range.”

Hyundai showed a large panel van at the Paris Motor Show in October 2014, and will be introducing the model in some left-hand drive markets in Europe this year. Although right-hand drive production of the H350 van has not yet been confirmed, it’s a vehicle that Whitehorn would be keen to offer in the UK.

“It’s a probability for the future but it still hasn’t been decided.  We’ve had restricted supply with the iLoad , and for us to be able to offer a proper range  of LCVs to fleets alongside our car proposition would  be fantastic.”