Used market on track for a record year

The used car market looks to be on track for a record year after a bumper H1 saw 3.3 million vehicles sold by the end of June – an increase of 01% on 2016.

Cap HPI claims that high demand in the first half of the year has put the used car market on track for a record year, citing a record March in which 728,525 changed hands – 6% up on the same month in 2016 – as a key contributor.

Many industry analysts have predicted that used car prices could falter as supply starts to outstrip demand, the result being possible difficulties with new car finance agreements.

But Nothard suggested that this did not seem to be the case. He said: “To date, strong demand has helped to support stable prices in 2017. If the current trend continues, we will see a record year for used car sales.” 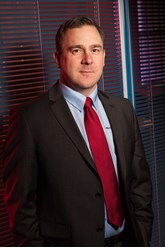