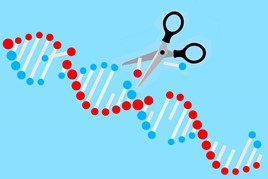 Motor retailers will have to adapt their businesses in line with a range of government policies focused on creating a healthier Britain that is less dependent on car travel.

The Department for Transport’s ‘Future of Mobility: Urban Transport’ report sets out a number of principles, including considering the wider objectives of an integrated transport system, such as improving well-being and social inclusion, integrating passenger transport alongside housing priorities in planning decisions, and considering prioritising walking and cycling when allocating land use for transport.

The impetus behind Government thinking is the need to reduce greenhouse gases, lower the cost of congestion to the UK’s productivity, and to tackle declining levels of physical activity and obesity – a cause of illnesses calculated to cost the NHS about £8.2 billion a year.

The report also refers to the use of ‘hard and soft measures’, i.e. penalties and incentives, to change the way people travel. VED and the First Registration Tax are already being manipulated to make the most inefficient cars more expensive to own.

The Government announced a review of legislation, focusing on facilitating four areas – micro-mobility vehicles, such as electric scooters and skateboards; mobility as a service (MaaS); transport data and modernising taxi, minicab and bus legislation. This is in addition to existing work to adapt laws around zero-emission vehicles and self-driving vehicles.

This Government has doubled investment in ‘active travel’ (encouraging walking or cycling) to £2bn. In June, the DfT announced an updated Cycle To Work initiative, aimed at increasing the use of e-bikes to help tackle congestion, speed up commutes and reduce costs. Last year, there were 70,000 sales of e-bikes, which help a cyclist pedal at speeds up to 15.5mph.

The updated scheme makes it easier for employers to provide bicycles, including e-bikes, worth more than £1,000, through salary sacrifice schemes, and is encouraging workplaces to get staff cycling through loan- and pooled-cycle initiatives.

Regional authorities are also receiving funds to trial their own initiatives. The DfT has allocated £20 million to The West Midlands Combined Authority, which approved proposals for its Future Mobility Zone recently. Its proposed pilot schemes include capped public transport fares through its Swift ticketing app, taxi-share schemes, adoption of Swift payments for other public services and offering drivers a package of other mobility elements in lieu of their vehicle, to cover the costs of giving up their car.

Nottingham levies a £402-a-year charge on each parking space provided by city businesses for their employees, to encourage other ways of commuting into the city centre. In place since 2012, it has raised £53m towards funding an extension to the city’s tramway and a fleet of biogas- and electric-powered buses. The city claims road traffic has fallen by 2.5m journeys.

With a record 31.5m cars on Britain’s roads at the end of 2018, demand for replacement models and aftersales will remain strong for years yet. Of these, 70% do not conform to the current emission standards required by the 14 Low Emission Zones (LEZs) currently or soon to be designated for key urban areas.

The Government’s Road to Zero Strategy, launched in July 2018, has set a target of at least half of all new cars being ultra-low emission by 2030.

At the same time, it will seek to reduce emissions from vehicles already on the road, as well as building on  the Government’s commitment to end the sale of new conventional petrol and diesel cars and vans by 2040 under its Air Quality Plan.

The Government’s committee on climate change wants the UK to aim for ‘net zero’ greenhouse gas emissions by 2050, which would require a significant ramp-up of existing policies.

Transport for Quality of Life, a lobby group, believes the 2030 emissions target cannot be achieved by switching to ultra-low emission vehicles (ULEVs) alone, and it believes national action to reduce traffic by 20%-60% will be necessary.

“The Government’s key policies will have a profound effect on dealerships,” said Neil Wallis, head of communications at the Low Carbon Vehicle Partnership. “The drive for electrification is gathering pace and there is pressure on the Government to accelerate this even further.

“Staff in dealerships will need to learn about and be able to communicate key aspects of new vehicle technologies to customers. Dealers who don’t embrace the changes to come will lose business and risk being left behind.”

Alastair Crossley, head of motoring services at the RAC, said that in the near-term the effect of these new strategies was likely to be relatively small, with customers continuing to buy petrol and diesel vehicles.

However, he added that as more cities introduce clean air zones (CAZs) and with possible restrictions of vehicles of a certain age, demand for the cleanest models with the newest Euro classifications will likely peak. This will leave dealers, especially those that serve large urban centres,  struggling to sell older, less efficient vehicles.

“The big change for dealers will begin in the next few years, when a much broader range of electrified vehicles go on sale,” said Crossley. “As vehicle list prices fall and drivers begin to have more confidence in the range and availability of charging points, demand for conventionally fuelled models will likely drop – although there may still be drivers who seek recent diesel models to allow them to go the longest distances on a single fill.”

Crossley added that if the Government’s ambition for people to use more alternative mobility solutions becomes a reality there could be a surge in affordable, high-quality car clubs and shared ride services, as well as the use of electric bikes and scooters, resulting in a fall in demand for private vehicles.

Philip Gomm of the RAC Foundation said larger dealerships had a distinct advantage over their smaller counterparts because they have the resources to invest in keeping track of all these policy changes, passing on best practice and knowledge to their showroom staff.

“In the short term, the market is likely to remain challenging for dealerships,” he said.

David Bailey, professor of business economics at Birmingham Business School, said urban dealers may benefit from motorists’ need to change into ULEVs, but there is a lot of uncertainty. “Overall, there isn’t actually a consistent picture across cities,” he said.

Larger dealer groups, which typically operate the major city outlets, may have to adapt the fastest, according to Jim Saker, director of the Centre for Automotive Management at Loughborough University. He sees less pressure on the small regional dealers based in more rural settings.

Dr Julia Saini, vice-president of mobility at Frost & Sullivan, said all of these new Government policies will prompt the transformation of dealerships into “experience centres” where they can showcase their manufacturers’ EVs, shared mobility and autonomous technology, and serve as pick-up locations for online vehicle subscriptions and manufacturers’ shared mobility platforms.

“The cost of such restructuring is limited, but involves different skill sets, and smaller dealer groups could have an advantage if their decision-making is agile.” ALEX WRIGHT