Was this article useful?
Click the thumbs up >
Poor road surfaces continue to account for one in six vehicle failures as the shortfall in annual road maintenance funding hits the £1bn mark.

According to a study by independent automotive warranty firm, Warranty Direct, 17.1% of reported car failures for the first eight months of 2005 are the result of suspension and axle damage, linked to potholes. The average cost of repair, so far, stands at £276.07, compared to £185.84 in 2000.

The most recent survey by ALARM (Annual Local Authority Road Maintenance) revealed increases in claims by road users against local authorities for damage to vehicles due to road structural conditions. Over the past 10 years there has been a 60% in England (excluding London), 187% in Wales and 43% in London. 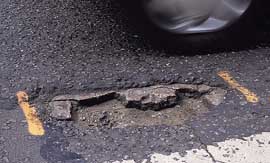 Regionally, Anglia recorded the largest share of all claims attributable to a road defect for one region. At 28.35%, it was up by more than half compared to 2004.

Table showing percentage of all suspension and axle failures: 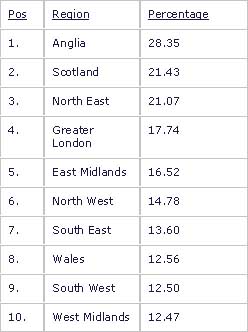