Was this article useful?
Click the thumbs up >
Suzuki’s new five-door SX4 hatchback (a cross between a Swift and a Grand Vitara) will be offered in the UK with three different trims and will be the brand’s third model venture worldwide.

The initial UK line-up comprises of a 105bhp 1.6 litre VVT petrol engine: a front-wheel drive model in either GL or GLX grades and the 4GRIP GLX with selectable/automatic four-wheel drive. They will be joined later in the year by a 118bhp 1.9 litre DDiS diesel derivative which uses an engine supplied by Fiat.

The all-new SX4 is the result of a joint development between Suzuki and Fiat. SX4 models sold in Europe are built at Magyar Suzuki Corporation in Hungary where 60,000 units will be produced during 2006, 40,000 for Suzuki’s European markets and 20,000 for Fiat.

UK sales start in early April with the diesel derivative joining the line-up in the summer alongside a four-speed automatic option for the 1.6 GLX. 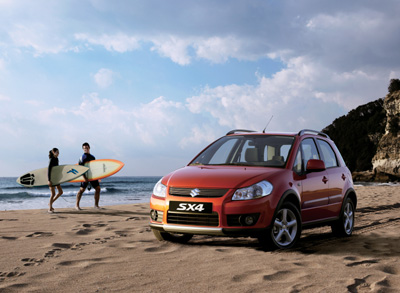 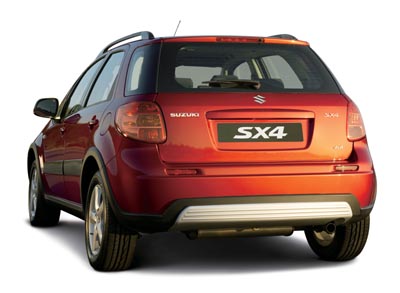