Was this article useful?
Click the thumbs up >
Last year was a tumultuous 12 months for Hyundai and its retailers. Its RAC distributor was acquired by Norwich Union parent Aviva in May; then, two months later, the Korean factory took direct control, forming Hyundai UK.

With such uncertainty, the retail network should be commended for sustaining sales just 2% below 2004, in a market down 5%. That gave Hyundai a record share of the new car market, at 1.5%.

And, with more than 80% of sales to private buyers – a sector that was down 10.3% – the performance appears even more laudable.

However, behind those figures were too many cars pushed into the market, many of which ended up on the internet or in car superstores. And the much criticized two-tier network, where favoured retailers received larger discounts on wholesale purchases, created unfair competition.

While the top retailers were enjoying return on sales above 5%, a large proportion of the network was unprofitable. That left relationships between Hyundai and its retailers somewhat strained at times. It wasn’t helped by not having a permanent managing director for much of the second half of the year; the business direction was, according to some retailers, like a rudderless ship.

Two months into the new year and Hyundai is keen to draw a line under 2005. New managing director Tony Whitehorn, appointed in November, has taken on ex-MG Rover director of franchising Guy Pigounakis as sales director, and former Volvo HR boss Janet Burr as head of human resources. He’s also looking to appoint fleet and business managers, a clear indication of the carmaker’s future sales strategy.

The RAC’s short-term attitude towards selling cars, an attempt to placate shareholders with perceived progress, is not a route down which the new factory-owned company intends to follow.

Dealers might raise their eyebrows at this – a few have been complaining about an over-supply situation in January.

Whitehorn admits it will take time to get Hyundai back on track. “It won’t change overnight – some of the January deals were in place from the back end of 2005. It might take as long as mid-year before the short-term actions of the past have been overtaken by our long-term plans for the future.”

He has already ended the much criticized two-tier strategy (AM February 10), and adds: “Our strategy is now based on demand pull and putting more resource behind consumer offers, rather than short-term actions, which were incessant last year. Money saved from this will be spent on marketing and advertising budgets.”

Whitehorn left the relative comfort of working for Toyota, a brand that has enjoyed consistent year-on-year growth, to one that had to come to terms with the sight of its smaller sibling Kia surge past last year – largely with similarly engineered products.

It seems an obvious question: was this a sensible move? “One reason I joined Hyundai was I looked at the product, particularly the new models that are on their way, and I was impressed,” he says. “The quality is good and is endorsed by the five-year warranty. I call it accessible quality – cars that are priced so the general public can access them. That’s the basis for our strategy going forward.”

But accessible quality does not mean cheap. Whitehorn is looking to free Hyundai from the shackles of a price-point image, and believes new product like the Santa Fe, due in April, can change this perception.

With £20m earmarked for marketing this year, up £2m on 2005, the Hyundai brand will be highly visible. TV advertising started this month, emphasizing the five-year warranty and how that relates to Hyundai’s confidence in the quality of its cars (Whitehorn: “Our warranty costs have fallen over the past three years”).

The campaign will run for six weeks, but expect to see quite a lot more of Hyundai on the box, in glossy magazines and on billboards – particularly during the World Cup in June/July, where the company is a co-sponsor.

“We see Hyundai appealing to those customers in the price-led sector but also to those in more expensive cars who no longer believe they are getting value for money,” says Whitehorn.

Hyundai wants 189 dealers by 2010 to achieve its UK growth aspirations. This year it will add 15, taking the network to 166. With the current bias towards owner-drivers, the bulk of the growth will be with regional groups and plcs. Already onboard are Pendragon, Lookers and Arnold Clark.

With two new models this year – the volume enhancing Amica in March and halo model Santa Fe a month later – Hyundai is looking to buck the predicted market depression by raising sales from 36,000 last year to 40,000. A facelifted Coupé is due at the end of the year while new petrol and diesel engines will be dropped into the Sonata.

The first quarter is forecast to be tough, although January registrations were up almost 5%.

Hyundai remains confident about reaching that target and says average sales per dealers will rise from 200 to 240. The true increase, however, will be much higher due to the number of forced registrations last year.

Meanwhile, factory ownership means the company will be able to better influence the Korean head office when it comes to model selection, which should improve availability and the right model mix.

“This franchise is underachieving – it’s a sleeping giant,” says Whitehorn. “I believe we have a big potential to naturally increase sales. This is a transition year: 36,000 to 40,000 sales is not a massive leap. We need to get the network ready for our growth phase. In 2007 and 2008 we will have a lot of new models, including new A-, B- and C-segment cars, a new 4x4 and mini MPV.”

The fleet sector is in his sights. Corporate sales currently account for less than 20% of Hyundai sales, primarily Motability and RAC cars. Whitehorn is recruiting a fleet team that will be responsible for raising the proportion closer to 40% by 2008. And at that point, he expects the franchise to be good for 70,000 cars a year.

The network will also have been through some changes. New branding will be rolled out this year, switching the signage and totem look from blue Hyundai lettering on a white background to white lettering on a blue background. The company promises investment costs will be “sensible”, and stresses it has no intention to burden the network with large overheads.

Those claims will be tested next month by the new dealer franchise board, set up to improve communications. The first agenda will also include a discussion about new ways to reward the network for selling cars.

“Dealer profits are crucial for us – we need to continue developing the network,” says Whitehorn. “We aspire to make 2% minimum across the network but we are more concerned about each individual dealer because 2% return on sales is different depending on the type and size of business.”

He’s resigned to losing some partners. “Our new strategy and philosophy won’t appeal to everyone; not all dealers will want to come with us.

“There are dealers that will need to be reviewed, but we will sit down with every one to see whether what they have today in terms of facilities and people is appropriate for what we have planned for tomorrow.” 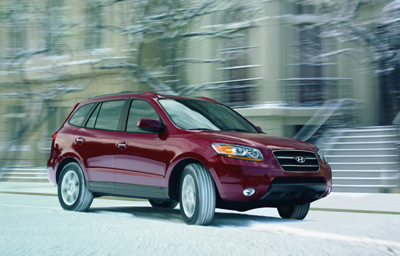 Due to be launched in April, Santa Fe is a key element in Hyundai’s plans for this year. The company claims the new model has improved quality, performance and versatility. 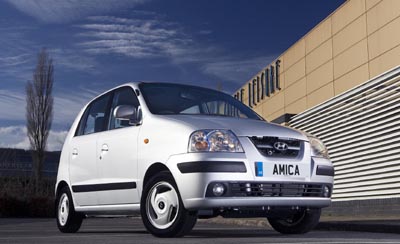