Was this article useful?
Click the thumbs up >
Year-to-date sales and June sales are both down compared to their previous figures, according to the latest figures from the Society of Motor Manufacturers and Traders.

However, supermini registrations were up 2.1% and the diesel market share hit a record high for June with 38.9%.

SMMT chief executive, Christopher Macgowan said: “In a market that has wobbled on the back of weaker consumer confidence and higher fuel costs, it's not surprising that supermini cars and diesel models are picking up.

“New car buyers are increasingly aware of the benefits of smaller cars and those powered by highly-efficient and cleaner diesel engines. For company car drivers too, the tax benefits have never been clearer.”

Northern Ireland is the only region of the UK which has made an increase in new car sales, an 8% rise in June and a 5.10% rise year-to date. 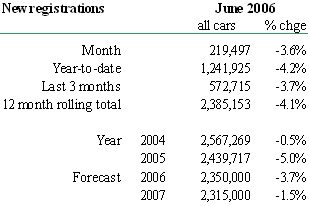 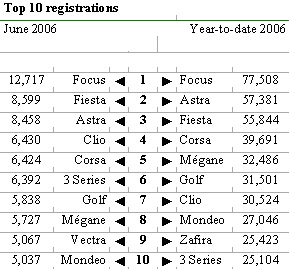