Was this article useful?
Click the thumbs up >
The first right-hand drive versions of Renault’s Logan will go on sale in India from this month, paving the way for Logan to be sold in the UK under the Dacia brand name.

“The problem we face is capacity – demand globally for Logan is very high. We are increasing capacity in Romania to 350,000 Logans a year,” he said.

“There are more projects for the Romanian plant than we have capacity for – and one of those projects is the UK,” said Pélata.

The Mahindra Renault Logans are being built at M&M’s existing factory near Mumbai.

Capacity there is currently 50,000 a year. “We think, we certainly hope, that demand from India will use all that capacity,” said Pélata.

A new greenfield site is being built near Chennai by Mahindra, Renault and its Alliance partner Nissan.

This will have an initial capacity of 350,000 vehicles a year and will produce Logan derivatives including an estate car and a hatchback. Eventually there will be a total of six Logan models.

The new plant represents an investment of €700 million by the partners between now and 2014. “Our top priority for this plant is also India, but obviously there would be scope to export models from there,” said Pélata.

If Logan did come to the UK it would be sold under the Dacia brand name with separately branded dealers – although most would probably be existing Renault dealers, said Pélata.

“Using the Dacia name allows us to say this is not a sophisticated car – the promise is very simple, it’s a good value-for-money deal.” 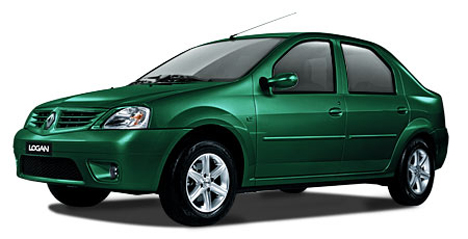