Was this article useful?
Click the thumbs up >
Ford is reportedly planning to drop its Fiesta city car name because the next generation model is such a departure from the current one.

The manufacturing giant has been reported as saying it has been investigating three new names and registered a fourth.

The new Fiesta could be called the Genesis, Isis or Phoenix, according to just-auto.com. It also registered the Cuga name, but this is more likely to have been to stop rival manufacturers developing a similar sounding model name to Ford’s own Cougar.

Ford was quick to dispel the rumours. It told AM: “We have not even started considering what the new model will be called. Any reports stating so are just speculation.”

The Fiesta name has been with the company for 30 years and would contradict what the manufacturer has done with its recently revitalised Mondeo model. It kept the saloon’s name because it represented so much history, much like the Fiesta.

The new Fiesta, whatever it will be called, will go on sale in the UK at the end of 2008. 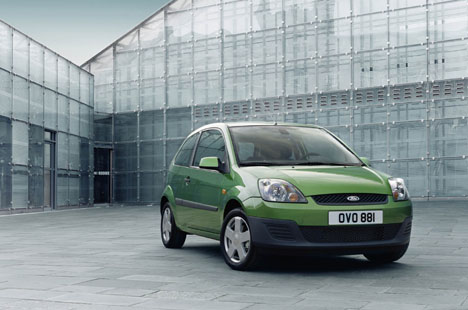