Hyundai will introduce a three-door version of its i20 aimed at younger buyers. 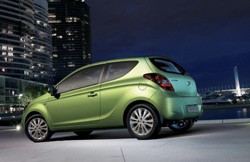 The new model will get its first public showing at the Geneva Motor Show on March 3.

Hyundai expects i20 buyers will make the 1.2-litre petrol engine – dubbed ‘Kappa’ – the best-selling power plant in the range.

The three-door i20 is available to order now, with the first examples arriving in UK showrooms in April.

Hyundai will also be unveiling its new SUV concept, the Ix-onic. 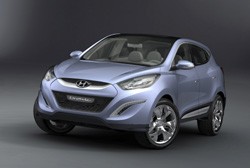 The new five-seater concept will be the headline model for the Korean brand at the show and is likely to be confirmed for production.

The concept is powered by a 168bhp, 1.6-litre GDi turbocharged petrol engine with ISG (idle stop and go) technology and a double-clutch six-speed transmission.

Hyundai hasn’t officially announced if it will go into production and there is no word on when UK dealers can expect to see a production ready version.