Ford gets real on prices 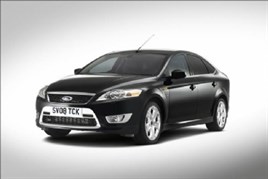 Ford’s announcement that it is cutting between 10% and 12% from the list prices of the Galaxy, S-Max and Mondeo is big news on a number of levels.

Firstly, 10% price cuts do not come around every day, or even every year – the last big price re-alignment for the industry was the “rip-off Britain” campaign in 2000, which led most manufacturers to reduce prices by the same amount.

Secondly, Ford is the traditional price-setter in the UK car market. It had big price rises through 2009 adding up to a whopping 20% over the course of the year.

It is now admitting that the final price rise in December simply did not stick and action had to be taken.

Finally, on a strategic level, it shows that discounts are declining in attraction compared to the all-important P11D value, which is based on list price.

As Nigel Sharp, MD of Ford, said, “You cannot discount your way to a lower P11D value.”

Not that this is a knee-jerk reaction to a failed price rise. Ford of Britain has been working on this idea since last summer and needed a lot of time to square everybody involved

You can imagine the first conversation with Ford of Europe: “In Britain we are losing money because of the fall of the pound and we want to react by cutting our prices in sterling.”

Ford of Europe took a while to come around to this radical way of thinking, while there were also the leasing companies and dealers to talk to.

The reaction of one dealer was instructive: “Whatever happens to list price and discounts, I have made the same margin on a new car for the last 20 years, so you might as well reduce the list price.”

Ford is convinced that both transaction prices and residual values will be unaffected by the headline cut – it is a simply a step towards a more transparent market.

It all makes sense, but leaves Ford with one unresolved issue – the Ford Focus.

Of course, Ford is now offering more than £4,000 off Focuses, but it does make the list price look very lop-sided.

Ford says it can only change the pricing structure at the time of a model change – hence the new petrol and diesel engines for its large cars dictated the timing. 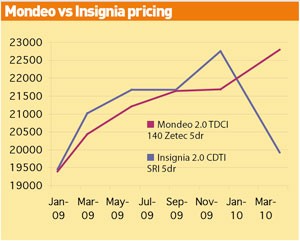