No plan to take DS away from Citroen showrooms, says carmaker 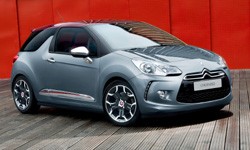 Citroen has assured its dealers it will not split off its successful DS brand from their showrooms, amid plans to promote the range outside the retail network.

The French carmaker is considering opportunities to sell its DS models outside the typical dealership environment in specific DS sites in major cities, most likely operated by Citroen Retail Group.

A spokesman said the plan is in its early stages, and no timescale or locations could be confirmed yet.

However he said there were no plans to establish DS as a separate brand nor to restrict Citroen dealers' sales.

The aim, he said, is to take DS out to its prospective customers rather than rely on the traditional approach of pulling them into dealerships.

Using a 'pop-up store' concept, it will display the DS3 and DS4, joined by DS5 in early 2012, in the centre's 'Village' area, which will expose the cars to millions of shoppers.

Visitors will be able to get up close with the models and use the interactive iPads to discover more information on the DS line.

QR codes will be displayed around the showcase so customers can instantly access information on the models via their smart phones or tablet devices.

Jules Tilstone, marketing director at Citroën UK, said: "We are certain our decision to display our new prestige DS line at Westfield London over a prolonged period will bring real dividends to our brand.

"There is no doubt that Westfield will deliver an upmarket demographically focused customer base. We believe Westfield offers just the right targeted footfall for our brand ambassador promotional team to display and promote our exciting new range, create genuine engagement and that the prospect enquiries we will create will ultimately translate into new Citroën customers for us.”