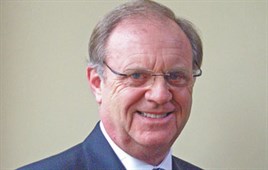 Revenue for 2010 from its three dealerships in the north-west of England, all of which represent Vauxhall, totalled just over £17 million. Revenue from aftersales represented a 10% slice of that turnover.

However, its industry veteran chairman told AM the business is on track for a profitable 2011.

“Last year’s loss was primarily because of the October and November situation in the north-east, the snow closed us and we lost five weeks of trading. It was an absolute disaster,” Tustain said.

“We will make a profit this year. I’m happy with the way things are going.”

Tustain expects aftersales to grow significantly as the business drives up its local market share.

“These three businesses had not tapped into the market that much so we’ve got to build up the car parc locally. Then we will flourish,” he said.

He also wants a stronger perform-ance and better margins from used car sales.

Tustain Motors has invested in training plus new processes and systems, including installing the Kerridge DMS, since start-up.

It is already proving itself as “a quality provider” in its region, and has climbed up Vauxhall’s CSI rankings, he said.

Tustain revealed bold long-term growth ambitions at the launch of JB Tustain Motors Holdings in March 2010, when it took over Vauxhall dealerships in Alnwick and Ashington from Milburn Motors and Willis of Alnwick then added a third Vauxhall dealership in Berwick four months later from Blackshaws Garage.

However, the difficult economic climate in the north-east, where public-sector job cuts are pronounced, has meant his management team has had to focus on the existing dealerships.

Challenging market
Tustain described the market as
“challenging” and said although opportunities to buy businesses are available he has to be “very careful” about what to pick.
“Some people have wanted silly money for their business and, particularly in times like these, there’s no point paying excess goodwill,” he added.
Nevertheless, Tustain Motors is poised to capitalise on the tough market conditions and 2013 dealer contract changes, which could see some dealers seeking to sell up and exit.