Car prices achieved at auction in the first quarter reached the highest level since 2005.

According to a BCA assessment of January-to-March, a strong performance in the first two months saw an index figure five points up year-on-year.

However, the Pulse report said: "These rises mask a certain fragility in market conditions and have been achieved against a backdrop of continuing economic pressures and reduced sold volumes.

"It may be some time before the market repeats the steady value evolution seen between 2005 and 2007." 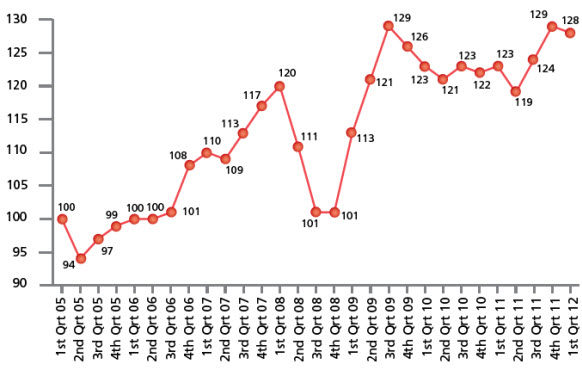 * The average ages of used cars when sold peaked at more than 61 months in Q1 2012, after three consecutive quarterly falls

* The age and mileage of fleet and lease stock sold at BCA climbed in Q1.