Mercedes-Benz adds Eco models to A and B-Class range 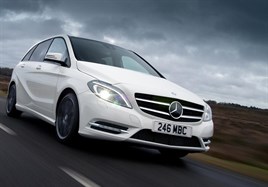 Replacing the current A 180 CDI SE, CO2 emissions on the new A 180 CDI ECO SE have been reduced by 6%, to 92g/km, with combined fuel consumption increased to 78.5mpg, compared to 74.3mpg on the outgoing model.

Despite the focus on economy, the power, torque, top speed and 0-60 time remain unchanged for both models.

In addition, the four-wheel drive system first seen on the CLA 250 4MATIC will also be available on the A- and B- Class from January.