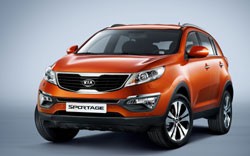 The Society of Motor Manufacturers and Traders (SMMT) has increased its new car forecast from 2.22 million to 2.25 million units following a 4% increase in the October market.

“These sustained rises have been driven by robust private demand, a trend that has given us the confidence to raise our year-end forecast to 10% ahead of last year.

“Looking ahead, we anticipate more moderate growth as the market stabilises.”

The SMMT is expecting the growth to slow next year and in 2015 with an estimated 1% growth for both years.

Dealers have told AM that pre-registration activity accounted for a large percentage of registrations in September, but the SMMT is still confident private growth is driving demand, with a 4.5% gain in October and 15.7% increase over year-to-date.

The trend for downsizing has been driven by a great emphasis on fuel efficiency, emissions and running costs, coupled with the greater refinement, performance and specification of smaller cars.

The supermini segment remains largest by volume, while dual purpose has seen the largest growth in market share.

John Leech, KPMG’s UK head of automotive, said: "Today’s numbers suggest that the tremendous growth we have seen in the UK new car market over the last few months is starting to return to a more sustainable growth path.

"And for the first time in over a year, the three other main European markets have had a similar experience, with new registrations in Germany growing by 2%, France by 3% while registrations in Italy fell by 5% due to a VAT increase taking effect.

“This slower pace of growth seems much more sustainable especially considering the potential impact the huge growth rates in new car registrations might have on used car prices.  One feature of the recent increase in new car retail sales has been the availability of cheap finance from car manufacturer-funded personal car plans (PCPs).  Cars sold on a PCP tend to churn faster as they approach their third birthday as consumers are faced with the choice of a large balloon payment to retain the vehicle or a replacement new car on another PCP.  It is hoped that a slower pace of new car sales will avert a used car price crash such as the one seen in 2008.

“With improving UK economic conditions and rising house prices having a positive impact on consumer confidence we continue to forecast that strong  private demand will see new car registrations grow by 5% in 2014 and beyond.”