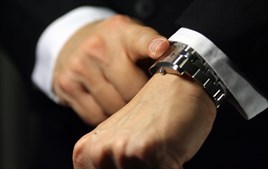 The Government has set an April 2014 deadline for introducing a new set of rules for consumer credit.

The news comes on the back of the latest statistics from the Finance & Leasing Association (FLA), which shows new cars bought using dealer finance grew by 28% in January.

Dealers can view the new outline from the FSA here.

Stephen Sklaroff, director general of the Finance & Leasing Association, said: “It is gratifying to see that the Government has accepted the need for a tailored regulatory regime for consumer credit, proportionate to the many different kinds of lending including motor finance.

“But the speed with which they intend writing the new rules gives us cause for concern.

“As a whole, the consumer credit market contributes £260bn to the UK economy annually. Millions of people rely on it for everything from the car on their driveway to the sofa they sit on each evening. Tens of thousands of high street stores, motor dealers, and the lenders which provide the credit need a realistic timeframe in which to prepare for the new regulatory regime.”

The Government has set a target of April 2014 which the FLA believes is “very tight given the huge amount of work still to be done”.

Sklaroff said: “A sensible transition period and a smooth process will be vital to maintain the current supply of credit to consumers and businesses.”

The consumer used car finance market reported growth for the fourth consecutive month in January. The number of used cars bought on finance offered through dealerships increased by 6% compared with January 2012.