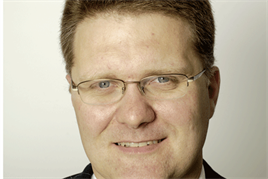 A new Finance & Leasing Association website, with a commitment to ‘steer car buyers to better information’, was due to be launched by the end of last month.

At a House of Commons preview for motor finance executives Lorely Burt, Lib Dem MP for Solihull and private parliamentary secretary to Treasury chief secretary Danny Alexander, said: “I am impressed with how the FLA is stepping up to provide a service for consumers looking for car finance.”

More than 75% of the top dealer groups, and nearly 25% of UK car showrooms (including non-franchised), are recognised as SAF Approved and linked to the website.

Robert Forrester, Vertu Motors’ chief executive, said: “SAF is add-
ing real value for motor retailers and I have learned a lot from taking the test.

“The FLA website builds trust and I would urge any dealers not yet involved with SAF to do so for the good of their businesses.”

Forrester is looking forward to working with the new Financial Conduct Authority (FCA) “after the living nightmare of the FSA”.

Doug Moody, Mercedes-Benz UK sales and marketing director, said SAF was a stiff test and 40% of those who took it failed or abandoned it at the first attempt, finding they needed to put in more work.

“It’s the way for dealers to get customers and provides a direct benefit to people wanting loans.”