The strongest April market since 2008 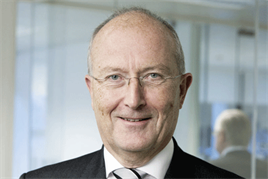 Richard Lowe, head of retail and wholesale at Barclays, agreed that the UK data is in stark contrast to that being seen in Europe.

“UK consumers continue to drive new car sales up by nearly 15%, which is in stark contrast to the picture we’re seeing across Europe. Increasing maintenance costs and the relatively high fuel bills associated with older models means more consumers are looking for newer, more fuel efficient vehicles,” he said.

“With an increasing number of cars on the road now over 10 years old, we expect to see this preference for newer cars continue and sales will be encouraged by the deals on offer.”

Both enjoyed a strong month, but are left in the shade by Volks-wagen’s 21% increase or 2,796 extra registrations as its Golf and Polo continue to have compelling low monthly payment PCPs and deposit contributions.

The French brands also deserve a mention for their superb April results: Peugeot up 17.6%, Citroën up 22.6% and Renault 43.2% ahead of the same month last year.

Except for BMW, which posted a 10% decline year-on-year or 980 fewer registrations, April’s fallers were largely the niche brands.

SsangYong’s 48 registrations was 30.4% down, and premium fledgling Infiniti dropped 34% to 68 units.