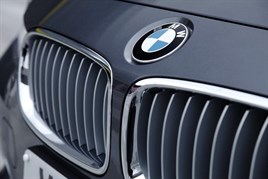 BMW Group heads to Frankfurt in fine fettle, having achieved its highest ever sales for the month of August.

The 139,648 vehicles delivered worldwide represents an increase of 14.8% over the same month last year.

BMW AG board member for sales and marketing, Ian Robertson, said: “For the very first time, we sold over one million BMW brand vehicles in the first eight months of the year.

“Today we presented new models such as the BMW 4 Series Coupe and the third generation BMW X5, which will provide for additional momentum towards the end of the year.”

In August, BMW Group sales in Asia and the Americas showed double-digit increases. Sales in Europe were slightly down on last year.