Hyundai i10 voted Scottish Car of the Year 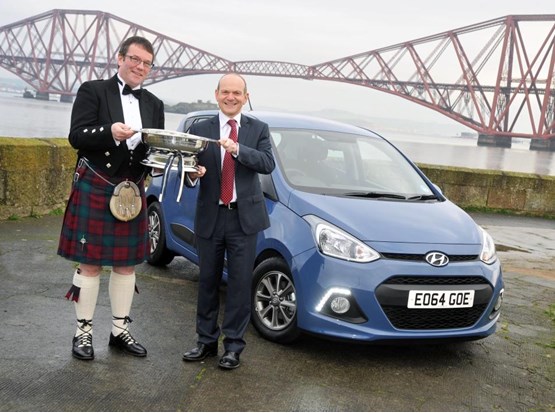 The new Hyundai i10 has been voted the best car of the year by the Association of Scottish Motoring Writers.

Alisdair Suttie, president of the Association of Scottish Motoring Writers, said: “The fact that Hyundai i10 not only won its category but also the overall Scottish Car of the Year accolade – ahead of many significantly more expensive newcomers – is a true testament to this car’s strengths.

"Hyundai i10 is perfectly placed to appeal to a Scottish audience, particularly for private buyers parting with their own cash, showing that drivers no longer need to make sacrifices when downsizing.”

Hyundai has sold more than 2,200 examples of the new i10 in Scotland since the car was launched in January, making it the Korean brand's biggest selling model in Scotland in 2014.

Winners of individual categories at the Scottish Car of the Year Awards were: