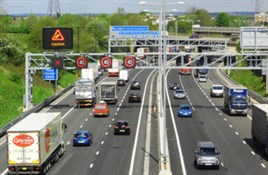 Further changes to how major roads are managed from April 2015 have been revealed, following the second reading of the Infrastructure Bill.

The Highways Agency will be replaced with Highways England and will be a government-owned company which aims to ensure greater certainty over the upgrades planned between now and 2021 and save the taxpayer at least £2.6 billion over the next 10 years.

Highways England will be responsible for delivering over 100 new road schemes between now and the end of next parliament.

Roads minister John Hayes said: "This government is making a transformational £15 billion worth of improvements to our road network between now and 2021. It is only right that the new government-owned company has a name that reflects its new role, as a road operator that delivers a fast, efficient and better service for road users and the country."

The Office of Rail Regulation will monitor the road network and publish information on the performance of the new Highways England and have the power to take action for poor performance.

The bill will also see Passenger Focus renamed Transport Focus, to provide road users with a stronger voice in how roads are managed and maintained. It is expected to receive Royal Assent by March 2015.