How to sell that 'oddball' trade-in car 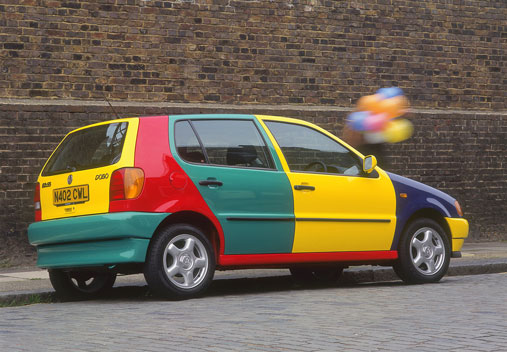 I started writing about motoring in 1998 and one of my first jobs was to interview the dealer principal at a Volkswagen franchise. When I arrived, he was obviously in a bad mood so I asked why. He told me a customer had just brought in one of the infamous Polo Harlequin cars to part-exchange and then said “What on earth am I going to do with that?”. We spoke again a few weeks later and I enquired about its fate. He laughed and said it had been cleaned up, put on the forecourt and sold in a few days at a decent profit.

One man’s oddball always has the potential to be someone else’s dream machine. You have no control over what’s offered as a trade-in, so how do you decide what to do with it? Does it represent a profit opportunity and therefore should be retailed, or would it struggle to find a buyer and be better sent to auction? Can that decision be based on market intelligence, or is it just gut instinct?

Nick King, market research director of Auto Trader, said every car has the potential for some margin, but warned that the more unusual ones required careful management to achieve this. “The approach to their marketing should be one that takes advantage of all available tools in a retailer’s arsenal, including pricing to market and utilising promotional channels to maximum effect.”

Regional variations will play a part in the formula, because what sells well from one dealership often proves harder to shift at another. King said: “Retailers with multiple sites could consider moving a car around to reflect differences in desirability, but ultimately speed of sale is the key to profitability. If a car just doesn’t have the potential to sell quickly, it’s advisable to get rid of it. Forecourt space could be better filled by a replacement that’s desirable.”

As with so much these days, effective marketing involves the internet. It will quickly allow you to research whether there is a trader, individual or perhaps even an owners’ club that may serve as a route to move on your misfit motor. It means you could turn a profit on that pink Nissan Micra C+C, yellow Porsche 911 or orange BMW X1 – all of which are advertised on Auto Trader right now. And those are just the ‘mainstream’ oddballs.

James Tew, director of iVendi, an online retailing solutions firm, said: “What the internet and social media can do is serve as excellent routes through which sellers and buyers of unusual vehicles can find each other. It’s often surprising to find out about some of the more obscure areas of the market in which some dealers specialise.”

Tew said digital marketing wasn’t a solution for every oddball part-ex: “If there is genuinely no interest in a particular vehicle, going online can’t create it.”

For Lings Honda in Lowestoft, Suffolk, one trade-in was so far from the mainstream it created enough buzz to sell itself. Last summer, an elderly man brought in a Tiger two-seater open-topped kit car with full rollcage and race harnesses. Immaculate in white with a large red cross on the bonnet, it had been his labour of love for 10 years and had been modified several times. “At his age, he was struggling to get in and out of it, but then he replaced it with an S2000!” said Lings’ marketing manager John Barkshire.

“We couldn’t resist trying our luck with it in store – there was no way it was going to auction. We put it in the window as we couldn’t leave it outside to the elements, and it was there attracting attention and having people fall in love with it. Within three days it was sold – we didn’t have time to do any advertising.”

Obviously it’s important for you to pay the right price, but how should you put a value on something like that? Lings sensibly got a local independent specialist in and then negotiated an acceptable price with the customer.

Philip Nothard, editor of CAP’s Black Book, said it is an issue dealers face increasingly. Limited stock supplies and reduced profit margins mean they’re more willing to take the risk of keeping more unusual cars. They can hold the greatest profit, but also the largest losses, so he said it’s about doing your homework.

“Perhaps try to obtain a sufficient underwrite from a specialist dealer or reseller, but on the understanding that you are having a go at selling it first,” he said.

“If you normally work on a 60-day overage disposal policy, set a shorter period for this car. Check the supply market – what’s being currently advertised, where are they, where’s your closest competitor, is it something that you can offer the aftersales on?”

Nothard also had a word of warning. If there are any subsequent problems with the car, are you able to help the customer or will it be more hassle than it’s worth? Can you service the car in future?

Using the wealth of industry data available is likely to produce a positive result more often than relying on gut instinct.

That’s the view of Steve Young, managing director of ICDP, an automotive research organisation. He said what mattered most was quickly bringing the car to the attention of the potential buyers, which means national and/or highly focused advertising.

“What doesn’t make sense is having it hang around for a long time, even if in the end you make a good gross margin. What matters is profit per car per days in stock.”

Five ‘bread and butter’ cars sold from a forecourt spot at £500 profit each after 30 days in stock are much better than one which makes £2,500 but hangs around for six months. And that’s before you think about the aftersales potential from five cars rather than one.