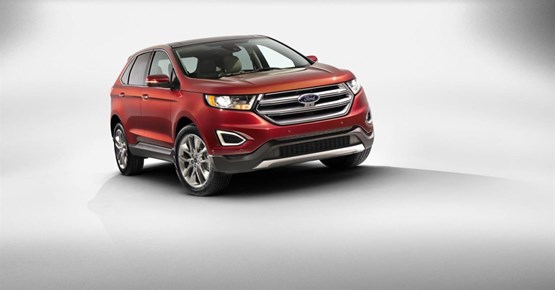 Ford’s new Edge SUV will go on sale in Europe next year and will go up against models like the Audi Q5 and Volvo XC60.

According to Ford data, the SUV segment of the total European passenger car market more than doubled to 21% from 10% between 2008 and 2013. In the first four months of 2014, the SUV share has further increased to 22.5%, and Ford expects the segment in Europe to show further significant growth.

Sales of the new Kuga in Europe increased by 38% year-over-year for the first five months of 2014 to 39,700 units, and the 500,000th European Kuga rolled off the production line at Ford’s  manufacturing facility in Valencia, Spain, this month.

The first generation Edge has been on sale in the US for the last seven years and the European model gets the second generation model which will be sold globally as part of Ford’s One Ford strategy. European equipment tweaks include LED headlights and a heated windscreen.

The Ford Edge is expected to go on sale in time for the September plate change in 2015.