Snow drives up 4x4 demand, with Nissan Qashqai most popular 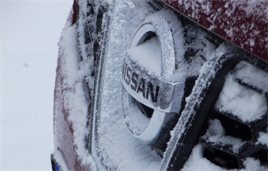 The snow that hit most parts of the UK in recent days has also delivered a lift in demand for SUVs, according to data from Motors.co.uk.

Comparing search volume across the weekend of January 17 and 18 to the prior weekend, SUV search impressions saw a lift of 35%, with the strongest regions unsurprisingly being Scotland, North East England and the Midlands.

The Nissan Qashqai held top spot for demand, retaining almost double the interest of any competitor. Runner-up, the Land Rover Freelander, was up 38%, while its stable mates, the Range Rover Sport (+49%) and Range Rover Evoque (+66%), also gained significant ground on the back of the inclement weather.

The top three positions in search growth, however, went to the Mazda CX5, with demand more than doubling at +108%, the Mitsubishi Outlander (+75%) and the Dacia Duster (+69%).

Andy Coulthurst, managing director Motors.co.uk, said: “The snow on the ground prompted an immediate spike in demand for SUVs. Across one weekend alone, we saw our top 15 SUV models soar well above one million search impressions on the core Motors.co.uk site, without counting those delivered across our fuller network.

“Forecasters predict that we have more bad weather on the way and dealers should be on the hunt for SUV stock that can be prepped, imaged and advertised quickly to meet consumer demand. Of course, this should be balanced with existing market intelligence which shows the type of vehicles in demand in the local area to ensure dealers are not left holding a depth of stock in one particular model at prices which are sure to be commanding premiums in the wholesale market.”

“Taking into account that some of the models in our data set also have two-wheel-drive derivatives, it is likely that falling fuel prices also have their part to play in the increased demand for larger and more fuel-hungry models, including the SUV market. With industry bodies calling for further cuts in fuel duty and the price of oil continuing to fall, there is every chance that consumers will have less concern for fuel running costs when making a purchase decision in the coming weeks.”

The top 20 most searched for SUVs on Motors.co.uk:

AM Poll
How has the COVID-19 pandemic affected your attitude or mental health? Please leave a comment
Vote
View all
914