AM Awards 2015 - Franchise of the Year - Mercedes-Benz 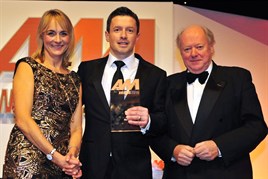 Mercedes-Benz UK has beaten its personal best for the past two years, taking new car registrations to almost 125,000 units in 2014. Strong PCP offers and more affordable small cars have transformed the franchise, and its dealers value it highly – it is ranked a close second in the latest NFDA Dealer Attitude Survey.

The German brand’s ambition is to become the number one premium brand in the UK’s retail and true fleet markets, on the way to becoming the world’s best-selling premium brand. This seems like a courageous aspiration given how long Mercedes-Benz sales have lagged behind rivals BMW and Audi, but its performance over the past two years is an indication of the progress being made – its share of the total UK new car market has increased to 5% in 2014 from 3.7% in 2010.

Stylish, well packaged, entry-level products, such as the A-Class, CLA-Class and GLA-Class, and monthly payment finance have made Mercedes-Benz accessible and appealing to more car buyers and the franchise has adapted well to handle the additional volume without sacrificing the brand experience these new customers expect.

A sign of the satisfaction levels being achieved is its rise to second place in Trend Tracker’s annual ranking of overall service retention, overtaking Audi and BMW, and coming top for cars up to four years old.

Since Marshall Motor Group’s acquisition of Pendragon’s North West dealerships in 2010, the franchise has been stable. A new showroom style is being rolled out to the network, following Drayton Group’s opening in Shrewsbury last summer, the first outside Germany.