Was this article useful?
1 person found this useful
21 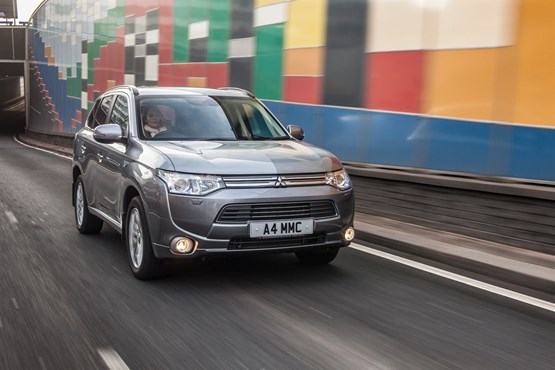 Mitsubishi has revealed the first of five planned campaign videos, which will be shared across social media.

The first video sees a film crew of seven, including presenter Ruth Frances, spending a day in the life of company car owner Denver Logan, a business development manager for a TV company.

The dad-of-two from Lichfield agreed to take part in the campaign that focuses on real-life stories purely because he is so pleased with his new company car.

Logan, who switched from an Audi A6 to the Mitsubishi Outlander Plug-in Hybrid Electric Vehicle (PHEV), said: “I was a little surprised when I was asked to be in one of the films but I wanted to do it because I am such a big fan of the car.

“I was looking for a new company car and a business associate told me to check out the Outlander PHEV. He told me that, financially, it was a no-brainer, so I researched it. The more I looked into it, the more I realised it was the car for me. The savings are what made me switch in the end.”

The family-sized SUV uses both electric and petrol power but is able to travel 32.5miles purely on battery power.

He charged his car at home and at work, which means he can do his 60-mile round journey commute on electric power, without having to pay for petrol.

Logan said: “I do a lot of miles. There’s my commute and I also have to attend business meetings in Norwich, Southampton and Bristol. The car had to be comfortable, reliable and the quality had to be what I was used to and it is – there really is no compromise with the Outlander PHEV.”

Check out the video here: