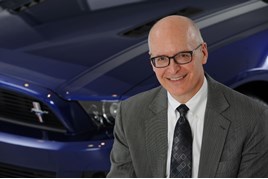 Ford factory closures and price hikes are “on the table” as the manufacturer looks to cut costs amid fears that Brexit could cost the brand over £800 million over the next two years.

Bob Shanks, Ford’s chief financial officer, said that closures would not be discounted as the business sought to “claw back” the projected losses which would come in the wake of disappointing financial results.

Its operating profit for H1 was a record $6.8 billion (£5.2 billion), but The Guardian reported that the devaluation of Sterling against the dollar and an expected slowdown in UK car sales would cost Ford $200 million (£152 million) this year and another $400m (£304 million) to $500m (£380 million) each year over the next two years.

The pound has crashed 11% against the dollar since the Brexit vote on 23 June.

Shanks said: “We’re seeing elevated economic risk for the most part globally, and particularly, in what is happening with Brexit.”

Ford’s engine manufacturing plants at Dagenham and Bridgend could be under threat from cuts as the prospect of EU export tariffs create uncertainty in the UK automotive manufacturing sector.

Shanks said: “Everything is going to be on the table across Europe”.