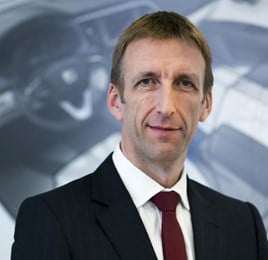 The Seat brand is “doing good business”, despite what the SMMT data might suggest, according to UK brand manager Richard Harrison.

Harrison, who has seen his 123-strong dealer network race through its order allocation for the new Ateca and is prepared to see “demand outstrip supply for some time to come”, said that the quality of business being done in the UK is helping to transform Seat’s fortunes.

In an interview conducted on a Ateca SUV-dedicated stand at the Paris Motor Show, Harrison told AM that the new Ateca SUV had attracted more customers to Seat’s UK dealerships in its first week on sale than had been the case during any other week of the Spanish brand’s time in the market.

“Sales of the Ateca are already exceeding our expectations and it looks as though we will have sold our UK allocation by the end of October,” he said.

“The suspicion is that demand will outstrip supply for some time to come.”

Harrison said that all Ateca buyers could be classed as “conquest” customers as Seat moves into a segment that it has not previously occupied with the SUV.

He added: “In the SMMT data we look as though we’re not doing well, but that’s not the case. We have improved the quality of the business that we’re doing. There is less short-cycle fleet yet we had a record first half of the year nonetheless.

“Knowing that Ateca was on its way has been a real boost for us too. Leon has been a great fleet success for us, but we could not continue to rely so heavily on one vehicle.”

Harrison said that the Seat network was half way through its current CI changes which he described as “the first in a decade” and a pragmatic style change which was affordable to the brand’s UK retail partners.

The programme is expected to be largely completed by the end of 2017.

But with three new launches in the year, Harrison said that there may be pressure to fill Seat’s remaining open points.

He said: “The problem we have next year is a good one to have. There are three launches in the space of 12 months with first the new Leon, then the Ibiza and Arona small SUV and we need to maximise the potential of all those new products to generate some momentum for the brand.”

Seat was showcasing its virtual reality technology at Paris with a 4D amphitheatre giving visitors a virtual test drive experience.

Harrison said that the brand had already brought the system into showrooms with an Ateca off-road experience and earlier this year completed the handover of 130 fleet cars to customer Blue Square Marketing with the help of VR headsets.

The brand has also teamed up with Group 1 to open its first store in London’s Lakeside Shopping Centre, which officially opened on September 1.

He said: “There are a lot of whizzy new ideas but we have to determine what will actually add value for our customers.”

Harrison said that the brand had been working hard to communicate with customers and fulfil its obligations to carry out fixes following the dieselgate scandal.

But he described the extra work for the network as “an opportunity”.

He said: “It is getting more people back into dealerships who perhaps might not have visited otherwise.