The revolution will be electrified: Mercedes reveals future of mass car rental and buying by phone 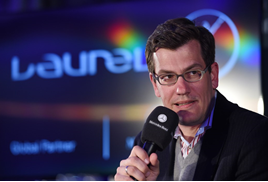 Mercedes-Benz is planning for the end of car ownership in cities, with car rental a new norm, car purchasing by phone - and dealers sitting alongside online as primary sales channels.

As it unveiled the EQ concept car at the recent Paris Motor Show, the brand revealed its vision of car technology and use.

“We see the end of ownership among people in metropolitan parts of the world,’ marketing chief Jens Thiemer (pictured) told CAR.

“They want to rent cars by the kilometre instead. “Distribution will be different too.

“We will not exclude our dealers but there will be a proportion of online sales.

Expect to be buying, or more likely leasing, Mercedes on your phone sooner rather than later.

At the heart of this revolution is the car – and the associated applications.

’Our services must be completely integrated with it.’

For Mercedes, connected cars will club together to spot empty parking spaces and communicate that data back out to drivers.

“Not in a connected future.”

He envisages a world in which Mercedes apps and services power a new sharing economy.

“Cars are not used for 23 hours a day on average. Why not use them for peer-to-peer car sharing? It could be like AirBnB for cars!”

To this end, Mercedes will launch a trial in Germany in next month. 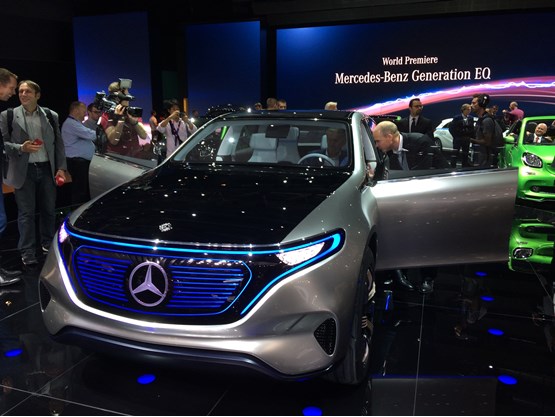 Mercedes-Benz issued one of the most significant announcements at the recent Paris Motor Show: its EQ concept car – a pointer to a new generation of electric cars.

The EQ is “very close” to the new GLC-sized electric crossover due in showrooms in 2018.

The Generation EQ concept shows the first in a series of new electric product from the brand.

“These new cars are purpose-designed; they will not be existing cars,” Thiemer told CAR.

“This concept car is called Generation EQ because we want to say it’s a whole family coming.

“The model you see here is very close to the first electric production car. You will see it in 2018. And the price will be comparable to a top-end GLC.”

Mercedes plans to launch its sub-brand with a crossover.

The EQ project is much more than just this one car.

C: Connected Cars are communicating car-to-car and to the wider world
A: Autonomous Driverless cars are coming and will remove drudgery of driving
S: Sharing An Uber model will allow cars’ usage to increase hugely
E: Electric battery power will become the norm in crowded city spaces

This mantra will underpin everything Mercedes-Benz does in the new era of electromobility.

It’s a future in which Mercedes EVs are increasingly shared, with membership clubs and pay-by-the-hour availability for owners who might borrow a hybrid car for longer journeys and a pure EV for the final miles into town.

Thiemer said it will take a good three years to establish the EQ brand, but says that process is well underway: “We will have 10 PHEVs by 2017.”

And a full range of EQ family members, all bespoke electric models?

“Within five years we will have a whole family,’ the marketing chief tells CAR. 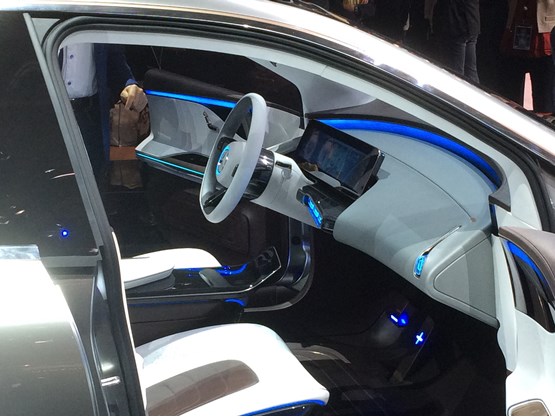 Zetsche added: “You’d better believe it: the electric revolution is coming. The car is no longer just a platform.”