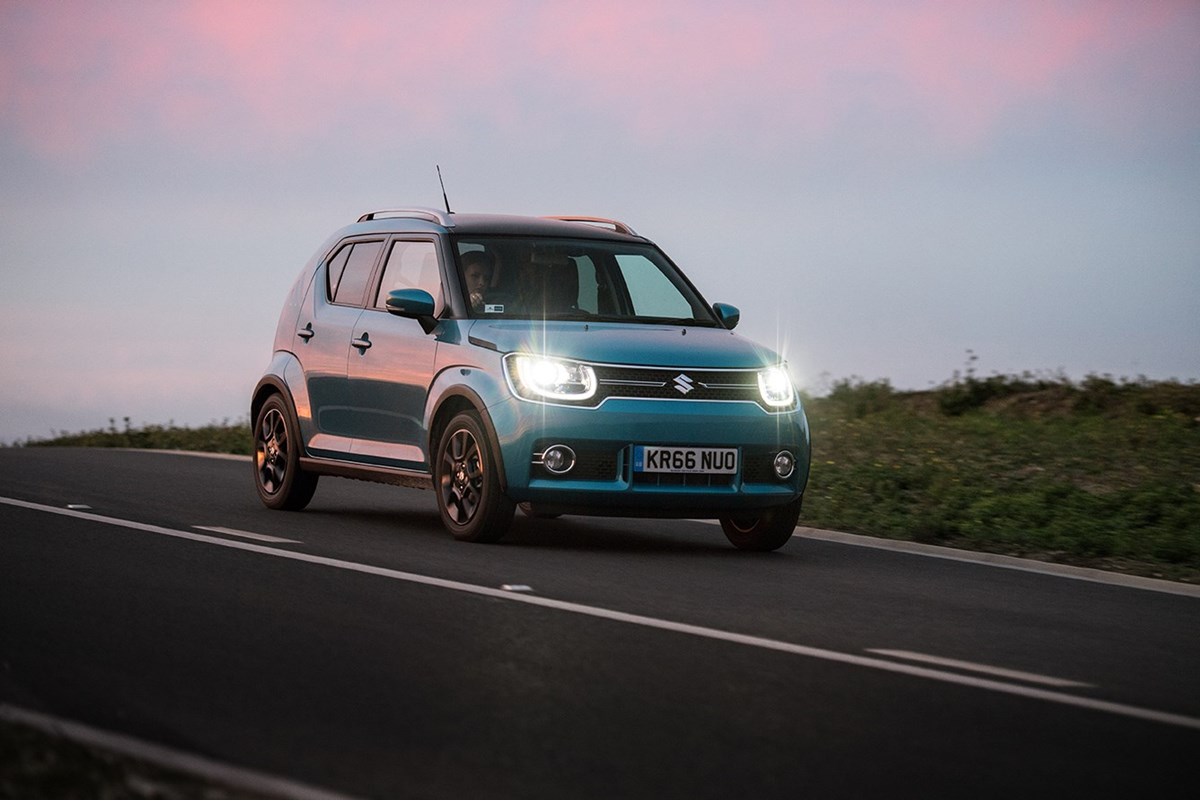 High performing Suzuki dealers are set to move up a gear with the introduction of the new A-segment Ignis and a renewed focus on fleet in 2017, according to product manager Ed Norman.

Suzuki is aiming to steal sales from traditional A-segment contenders and premium hatchbacks like the Citroen DS 3 and Vauxhall Adam when the new Ignis arrives in UK showrooms in January.

The compact crossover, available in either front- or four-wheel-drive will be officially unveiled to UK retailers at the brand’s dealer conference in Tenerife today.

“The big change next year will be the introduction of Ignis and our target for Ignis sales is around 6,000 cars a year, which would represent another step-up in volume.

“Another area that we see growth in is Motability and contract hire and leasing, which we aim to move into in 2017.

“At the moment we have around 1% market share and are 27th in the biggest car brands in the UK. Think about Suzuki in terms of purely private sales, though, and we move up to 17th, with a market share of around 2.7%. That’s something that we are very proud of but also shows the potential of a greater emphasis on new areas of business.”

For Suzuki, the Ignis represents an opportunity to target younger customers which have not yet bought into the brand, rivalling the likes of the DS 3, Fiat 500 and Vauxhall Adam.

Norman said that dealers already impressed with the levels of marketing carried out by Suzuki – with sponsorship of Ant and Dec’s Saturday Night Takeaway and associated YouTube videos proving popular – would see an even greater emphasis on marketing and online activity, in particular, in 2017.

The Japan-built Ignis will be available in three trim grades when it reaches UK showrooms: SZ3, SZT and SZ5.

The system couples a lithium battery to an integrated starter generator to boost power by 2.4kW via an electric motor which uses power generated on-the-go.

Suzuki’s AllGrip four-wheel-drive is the quickest of the line-up, claiming 11.1 seconds to reach the same acceleration benchmark, while adding 9g/km and 5.6mpg to the SHVS-equipped Ignis’ economy claims.

Suzuki this week secured a five-star Euro NCAP rating for Ignis models equipped with its new Dual Camera Brake Support system, which can detect pedestrians and other obstacles and provide braking assistance if it anticipates a collision.

Norman expects the mid-grade SZT trim to be the biggest seller in the UK but conceded that the range-topping Vitara S now accounted for 25% of all Vitara sales, which had been a surprise.

He said: “The SZT looks on the outside like the range topping car, with the roof rails and 16-inch alloy wheels.

“Inside, the seven-inch touchscreen system which supports Apple CarPlay and Mirrorlink smartphone systems as well as satnav is introduced, along with a reversing camera.

“It’s a very strong spec. We expect that to be the biggest seller.”

Norman is confident that the Ignis will provide a further boost for a Suzuki dealer network which he describes as being the best in the business.

In terms of profitability that certainly seems the case. Norman told AM that, year-to-date, a 2.1% RoS figure is being achieved across the network, with 3.1% RoS delivered by the brand’s solus operators.

Norman claims that, in percentage terms, the only manufacturer to match Suzuki’s RoS in the UK is Ferrari.

He said: “It is something that we are proud of, and rightly so.

“Our retailers are at the core of the business. We have a great relationship with them and they are our main focus for driving sales for the foreseeable future.”