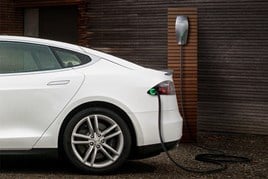 Tesla’s Destination Charging programme has succeeded in expanding the premium EV manufacturer’s network of charge points to over 1,000 in less than a year.

The brand is planning to raise prices of its range of EV Cars by 5% in the UK this month due to the fall in the value of the pound just over a month after the opening of its new UK store, the brand’s largest in Europe, in Chiswick, West London.

But efforts are being made to improve the EV charging network for customers of its UK network, which has grown to 16 sites just over three years after its first location was opened.

The Europe-wide Destination Charging  initiative was designed to deliver an extensive charging network so that all customers have access to Tesla wall connector when they are away from home.

Hotels, resorts and restaurants all collaborated with Tesla to add to the network, which comes in addition to the brand’s 270 Supercharger rapid-charge stations.

A spokesman for Tesla said: “For long distance travel, customers can utilise Supercharger stations, the world’s fastest charging solution, to recharge Tesla vehicles in minutes rather than hours, while they stop for a bite to eat or grab coffee.

“With the Destination Charging programme, Tesla has further enhanced the charging experience by teaming up with hotels, resorts and restaurants around the world.

“Destination Chargers add up to 60 miles of range per hour, enough time for owners to ski or shop while their vehicles recharge.”

Tesla has focussed on expanding its Destination Network at popular destinations across Europe, from the Arctic Circle to the beaches of Croatia.

In the UK, more than 100 destination chargers can be found from Inverness to St Ives.

The spokesman added: “Tesla seeks to ensure a seamless charging experience wherever owners choose to travel.

“By expanding the range of charging options, Tesla is continuously enabling owners to embark on new adventures and road trips. The European network will continue grow at an exponential rate in the coming months, adding hundreds of charging sites throughout Europe.